Even Covid can’t kill off the infestation of shameless self-promoters on social media.

More than two million people dead; massive disruption to our lives; job losses and depression – but take heart, the world’s influencers have managed to keep snapping. (…)

I didn’t meet a member of the species until 2018, courtesy of a press trip. We sized each other up, like a cobra encountering a mongoose. He rushed to outline social media’s virtues; I suggested (with only a hint of pomposity) that influencers added little value to the wine industry. I argued that this was largely a passing flirtation from a few mega-brands with excess money to burn. Influencers stake their claim on authenticity, but the only authentic thing about this sorry enterprise is the cynicism from all involved.

What followed was a well-worn list of defenses; most of them boiled down to one excuse: «Yes, but we work ever so hard. We spend an exhausting amount of time posting images and fiddling with Instagram’s algorithms. We speak to consumers in a way you cannot possibly grasp.»

Many in the wine trade would undoubtedly agree with him. I’ve read quite a few pieces over the past few years, suggesting that we shouldn’t give Instagram stars a hard time. Robert Joseph penned one in 2019.

For what it’s worth, I doubt their ability to sway a critical mass of wine consumers, despite said people’s best efforts. But even if we accept that this firmament can sell a lifestyle, and the associated brands, the defense of «working hard» is fatuous. History’s worst men and women have ‘worked hard’. I’m sure Joseph Stalin was a workaholic. Cambodia’s Khmer Rouge boasted a strong work ethic. This alone does not grant one estimable status.

Nevertheless, they’re probably not going to evaporate into non-binary, plant-based air anytime soon. It’s simply too lucrative as an advertising mechanism to simply just disappear. A post-Covid-19 world will unfortunately not bid farewell to Charnas and her vacuous friends.

But the C-, D-, E-, and Z-list wannabes will hopefully become redundant. It seems unlikely that many businesses struggling in recession-hit economies will be queuing to sponsor an influencer’s lifestyle in return for the Instagram plug. (…)

At the time, Diageo refused to specify which platforms would be included or the length of the advertising ban. Nevertheless, it’s reasonable to assume that the logical corollary of this move, taken by a growing number of businesses, is to be highly selective about which influencers they court – if any at all. Many of the species will hopefully abandon their fledgling «careers» and attempt to do something useful. Some in the wine trade will mourn the severe decline of influencer «culture» as a lost opportunity. Here’s why they shouldn’t.

The contract of deception between the consumer and influencer is almost totally wasted on the wine industry. Its victims want to be deceived, to subscribe to a faux lifestyle that most of us can never achieve. It encourages one of the most destructive societal pathologies – delusion. So influencer culture is simply a mutation of a pre-existing virus: the obsessive need to vicariously experience the unobtainable, via celebrity culture.

This formula is effective when applied to the cosmetic, fashion and travel industries. Influencers are DIY celebrities who excel at being visual signifiers. Their appeal to hotel brands and Dolce & Gabbana is understandable. Notions of heritage and tradition are irrelevant – the image of the influencer dangling over the infinity pool, clutch bag in hand, sells itself. (…)

Elsewhere, there are precedents concerning the risks of courting true professionals. Kim Kardashian was heavily involved in marketing a liqueur brand called Midori for a time, including hosting a Halloween party and appearing in promotional images. Unfortunately, she conceded in numerous interviews that she doesn’t drink alcohol. A consumer backlash quickly ensued.

Two distinct strata have emerged: A-Listers who lend their names to a wide variety of products, and celebrities who invest directly into the brand, eager to oversee its production, marketing, and distribution. The latter clearly has a massive edge; what’s authentic about paying people, including influencers, to like something? (…) But selling pretty pictures isn’t the answer and isn’t probably very effective.

Take Sauternes, for example. The region has increased its production of dry whites, opened its doors to tourists and sent ambassadors like Aline Baly to promote a fresh image of the wines. There are now luxury hotels and Michelin restaurants in the region – a fact unthinkable 15 years ago. (…)

Influencers, that is to say, true influencers such as Tim Atkin MW and Jancis Robinson MW, have relentlessly pushed the virtues of this wonderful grape. They’ve proselytized Riesling ad infinitum – and it hasn’t made the slightest bit of difference. Are we really suggesting that a bunch of narcissists with over-sized egos and Instagram accounts could hope to do any better?

I’d love to see them try. 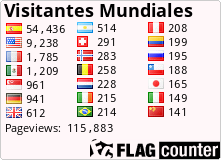 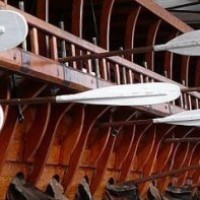